The SHOWBENCH at our next meeting at MOYOGI on 25th Januay will be Anthuriums and there will be a talk on diseased plants.

If you bring any diseased clippings please remember to place in a SEALED PLASTIC BAG.

The recent Calendar Launch was featured prominently in quite a few of our daily newspapers.  Read below one of the articles in case you missed them.  Scroll down to see some of the other ones that appeared. 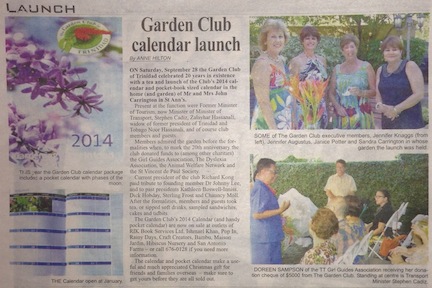 On Saturday, September 28 the Garden Club of Trinidad celebrated 20 years in existence with a tea and launch of the Club’s 2014 calendar and pocket-book sized calendar in the home (and garden) of Mr and Mrs John Carrington in St Ann’s.

Present at the function were Former Minister of Tourism, now Minister of Minister of Transport, Stephen Cadiz, Zalayhar Hassanali, widow of former president of Trinidad and Tobago Noor Hassanali, and of course club members and guests.

Members admired the garden before the formalities when, to mark the 20th anniversary the club donated funds to (among other charities) the Girl Guides Association, The Dyslexia Association, the Animal Welfare Network and the St Vincent de Paul Society.

The calendar and pocket calendar make a useful and much appreciated Christmas gift for friends and families overseas – make sure to get yours before they are all sold out. 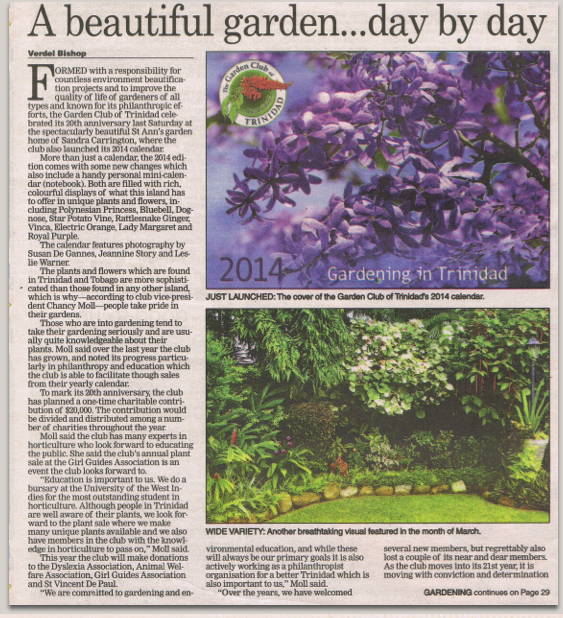 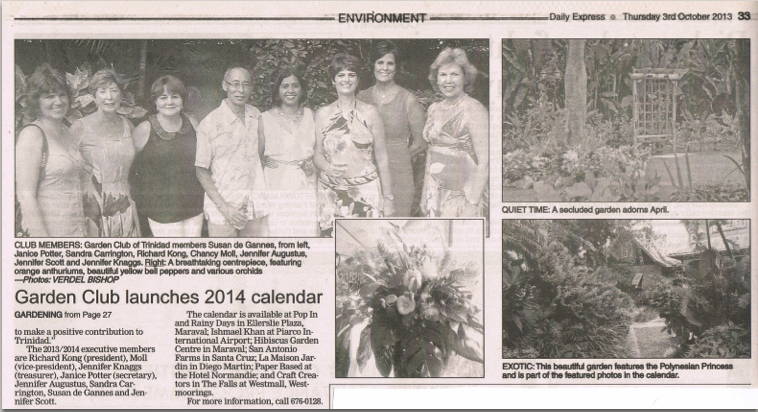 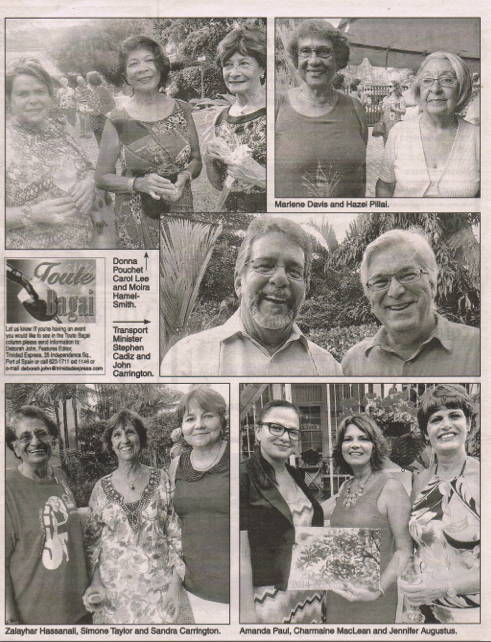 The AGM was held this year at La Cantina Restaurant.  Tokens of appreciation were given to the members of the Management Committee and to members deserving of our recognition.

Click here to view some photos of the AGM. 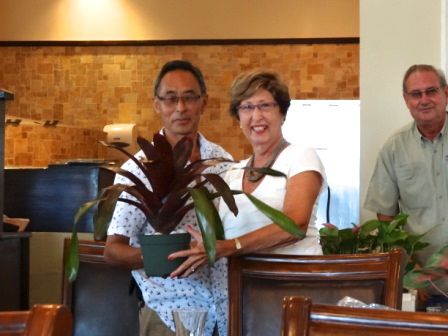 Please see the flyer for our plant sale, which is scheduled for Saturday 9th November at the Boy Scouts Association, from 8am - 2pm.  Please be sure to attend this much anticipated sale. There will be new varieties of indoor and outdoor plants on sale.

The Garden Club's fund raising Tea Party was held on Sunday 22nd April, 2012 at Sandra Solis' home in Maraval. Part of the proceeds in the amount of $5000.00 was donated to Vitas House. 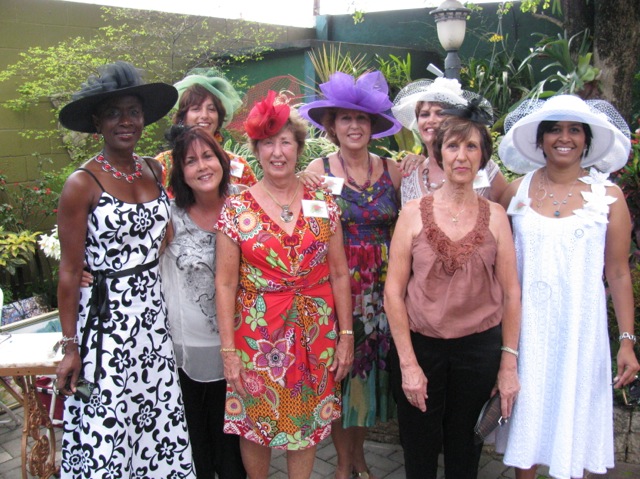 To view some memorable fotos from the day, please click into the link below.